In my spare time I love to homebrew!  I am currently using the Grainfather Connect, an all-in-one electric all-grain brewing system.  I typically brew more malty beers – brown ales, red ales and Scottish ales.  I will occasionally brew other styles, most recently a Norsk Gardshus Farmhouse (Viking) Ale that I bought as a kit from Austin Homebrew Supply.

My fermenter is a conical 7.9 Gallon plastic wall-mount unit from FastFerment.  It is a one-stage system which eliminates racking and transferring between buckets and carboys and minimizes exposure of the beer to oxygen. I use an Immersion Pro by Brew Jacket to control the temperature of the fermentation. The Immersion Pro uses a solid-state heat exchange system to achieve up to 35º above or below ambient and holds that temp to 0.3º F.  It works well, but sadly they are no longer made. 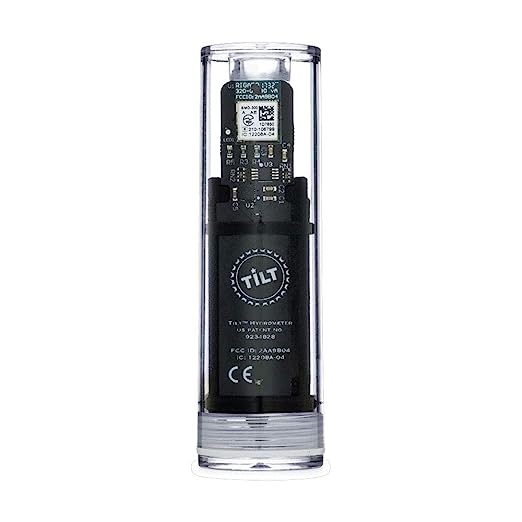 I use a Tilt wireless hydrometer to continuously record the temperature and specific gravity of the beer while in the fermenter.  The tilt sends the data via Bluetooth to a raspberry pi, which then forwards the data to the cloud via wi-fi. The data is then displayed in the bar area on an old Microsoft Surface tablet.

Conditioning – A Scottish Ale from a recipe provided by Temperance Row Brewing Company in Westerville, OH.